Appropriately knick-named ŌĆ£whalers coveŌĆØ, Koloa Landing was once a thriving deep-water port and the third largest whaling port in the Hawaiian Islands. This port fell into favor after it became known that the port at Waimea was often affected by unpredictable onshore Kona wind conditions that made for a difficult entry and anchorage. Koloa Landing was first used in the fur and sandalwood trades before it was discovered by the whaling industry. The port was also increasingly used by the sugar industry until 1912. Today, Koloa Landing is a popular shore dive site because of its easy entry, deep water and abundance of marine life. 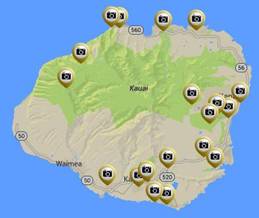